Peru and Bolivia have retaken their fame as favorite destinations in South America, both presenting spectacular attractions along the Andes, Altiplano, and the remote Amazonia. These two countries offer several worldwide attractions you can visit in a two-week trip such as Machu Picchu, the Southeastern Peruvian Amazon, the beautiful Lake Titicaca and the surreal Uyuni’s Salt Lake. Also several world heritage sites such Cusco, Sucre, and Potosí where you can visit unique Pre-Incan and Incan monuments and historical cities, and also learn local traditions and about the living cultures still found in Peru and Bolivia.

The adventure starts in Lima, the capital of Peru and now center of the gourmet world. This city has interesting museums featuring the history of Peru and also several historical monuments from the Colonial and Republican eras. After Lima, you will take a three-day tour to the Southeastern Peruvian Amazon, entering the Tambopata National Reserve, led by local guides trained in natural history.  You will spend nights in a nice rain forest lodge surrounded by spectacular untouched tall forests protecting plenty of wildlife. Sighting of colorful parrots and large macaws, toucans, several monkey species are very easy. Tambopata also offers great chances to observe the mighty Giant Otter or the elusive Jaguar as you travel exploring the Tambopata River and owbow lakes. The highlight of your visit to Tambopata will be a morning photographing a large macaw claylick where you will observe over three species of large macaws and numerous large, medium and small parrots arriving to intake minerals from a river bank cliff! 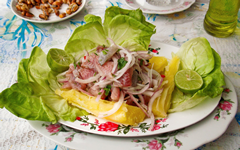 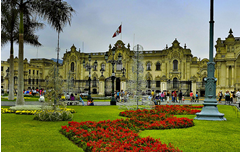 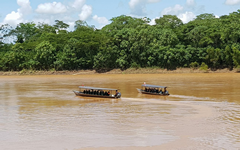 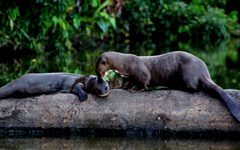 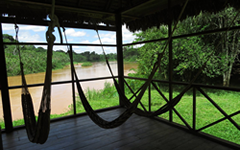 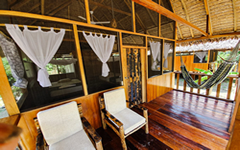 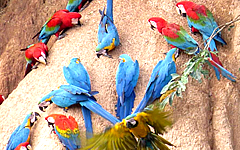 After the Amazon, the trip continues visiting Cusco, the ancient capital of the Inca Empire, the famous Sacred Valley of the Incas, and the beautiful and mysterious citadel of Machu Picchu hidden in the cloud forests of the Urubamba Canyon. Expert guides will show you several aspects related to the Pre-Incan, Incan and Colonial times as you travel throughout a contrasting and colorful Andean landscape. While in Cusco you will visit the Qoricancha or Temple of Sun, several historical monuments, and walk along its narrow streets that show a unique architectural mix of Incan and Colonial buildings. Not far from Cusco is the impressive Sacsayhuaman Archaeological Park and along the way to the Sacred Valley of the Incas you will visit the Pisaq and Ollantaytambo archaeological parks and local markets. You also can request a visit to Chinchero, Moray and Maras. 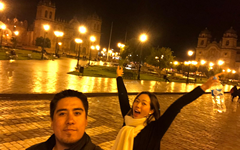 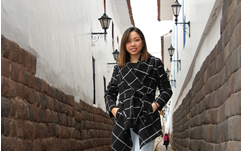 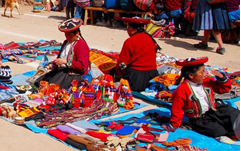 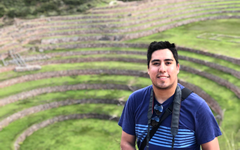 Bolivia comes next with the iconic Lake Titicaca, where you will have one night in the legendary Isla del Sol, one of the most photographic and inspiring places in the Andes, with great views of the surrounding Lake Titicaca and many snow peaks of the Cordillera Real.  Isla del Sol is not far from La Paz, the capital of Bolivia, and one of the most interesting places to visit. You will enjoy a tour using the new teleférico or new cable car system that literally travels over the city.  La Paz has historical museums and Colonial and Republican monuments and its own touch as one of the highest cities in the world. 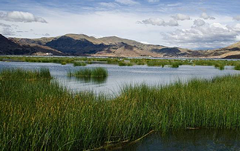 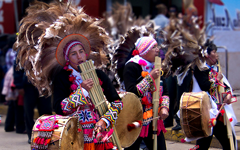 From La Paz you can take a flight to Sucre, the most beautiful and charming cities in the Andes. This colonial and republican city is the historical capital of Bolivia and a world heritage site for its important role during the independence of South America and monuments that still preserves, including the House of Liberty, the Congress, museums and convents you can visit. Sucre also presents beautiful warm weather, nice restaurants and hotels. The next day you will travel to Potosí, another world heritage site, once one of the most populated in the world during the 16th Century because of the silver mines of the Cerro Rico controlled by Spain. The silver boom attracted some of the wealthiest in the world, therefore this city built large colonial houses, several convents, churches and also an iconic Royal Mint House that produced silver coins that fed the Spanish Treasure Fleet during 1566-1790.

From Potosí you will travel to the majestic Uyuni´s Salt Flat. The drive passes through the Altiplano by highway. You will see the colorful geology of the Andes, many villages dedicated to small-scaled farming and llama and alpaca breeding. Troops of wild vicuñas are also common. The arrival to Uyuni will be in the mid-afternoon and you will be transferred to a hotel made of salt blocks with views to the spectacular salt flat that will be something to remember.  The Uyuni´s Salt Flat is a real paradise for photography where you can get amazing views  of a unique geological landscape with beautiful sunsets and sunrises, also get nocturnal pictures of the starry Via Lactea.   Have in mind that the best time to see water reflections in the flooded salt flat will be during the rainy season between December-mid April, also crossing the flooded salt flat is not possible, specially between mid-Jan to late March. Differently, during dry season from May- mid December, crossing the immense salt flat allows  visits to other attractions inside , like a visit to Isla Incahuasi, located in the center of the salt flat from where you can have an unforgettable 360 degree-view after a short hike to the top of this rare island full of giant cacti. Also, you can also request to have a second night in another nice hotel made of salt blocks aside the Tunupa Volcano and enjoy more of the enchanted landscape of the largest salt flat on Earth! 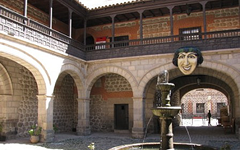 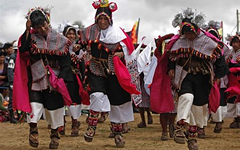 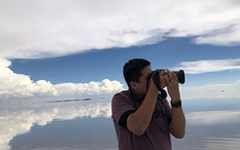 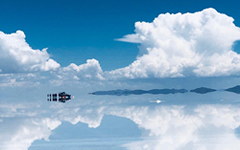 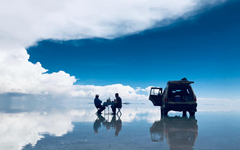 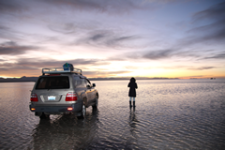 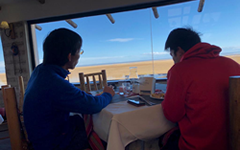 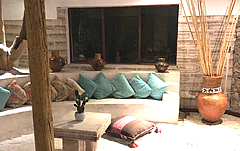 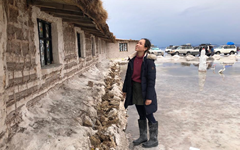 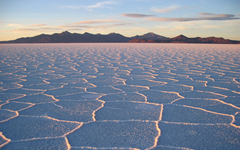 The next part of the adventure will be travelling South to cross the remote and rare Siloli Desert, and later visit Laguna Colorada, and Laguna Verde. You will see wild vicuñas, large colonies or groups of three flamingo species, and other wildlife that lives in the rare  landscape with ancient volcanoes and surreal geological formations that makes South Bolivia beautiful. Some travellers connect their trip heading to San Pedro de Atacama in Chile or return to Uyuni to take a flight back to La Paz. 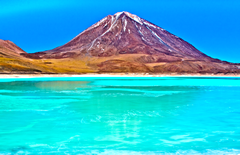 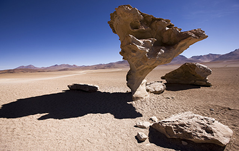 Tours between Peru and Bolivia, with or without extensions, are ideal for groups, couples or even solo travelers who would like to visit the best of Peru and Bolivia. Write us if you have any questions or requests. Our friendly staff will be happy to assist you and be part of your next experience in South America. Call 1-604-553-0103  or 1 888-553-0103 (Canada and USA).